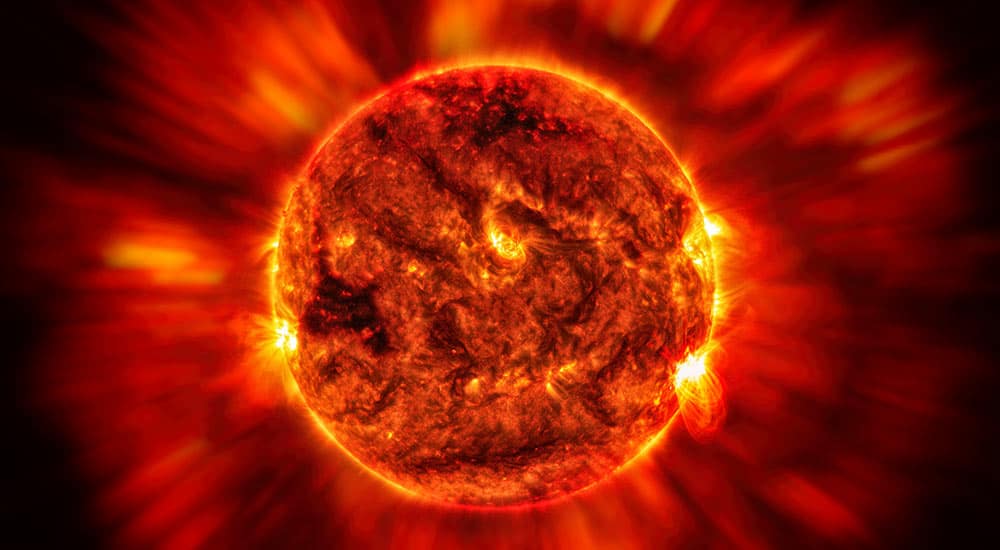 For my whole career I have worked on stellar magnetic activity and stellar atmospheres. Initially this work was on ultraviolet spectroscopy of stellar chromospheres, and computer modeling of semi-empirical model atmospheres and radiative transfer. It later expanded to include hot white dwarfs, rotation-activity relations and relations between diagnostics at different temperatures. My observational work has involved spacecraft including IUE, Hubble, and Kepler, and my ground-based work has been high resolution spectroscopy almost entirely at the Lick and Keck Observatories.

Later I began to work on direct measurement of stellar magnetic fields. I developed a new method based on equivalent widths, and with collaborators improved on another method based on high-resolution spectroscopy of line profiles. This work was extended into the infrared by my students, especially for T Tauri stars. A while later a postdoc and I developed another new method based on molecular spectra that could be used for low mass stars. This work showed that contrary to some previous theories, in fully convective stars the magnetic field still depends on rotation and remains strong.

I conducted an extensive program on stellar rotation over 3 decades, using Doppler broadening prior to 2010 then photometric periods from Kepler. After the discovery of brown dwarfs we proposed the new spectral class of L dwarfs, tested the hypotheses that their optical spectra were dominated by alkali resonance lines and dust, and established the first temperature scale for them. We discovered and studied the death of stellar chromospheres at the bottom of the main sequence, and the relation of that to rotational histories of very low mass stars. I collaborated on work regarding radio and optical emission from brown dwarfs and the auroral hypothesis.

Building on a long relation with the group at Ames, I became a Co-Investigator on NASA’s Kepler mission. It revolutionized the field of exoplanets by gathering ~200,000 precision stellar light curves and searching them for planetary transits. It also greatly expanded the field of asteroseismology. Bill Borucki (PI for the mission) was awarded the Shaw Prize in Astronomy in 2015. My main role was to anticipate and understand the effects of stellar activity (particularly starspots) on light curves and to help extract the astrophysics the light curves offer. I have continued to significantly advance that science, which is also useful for ongoing and upcoming photometric space missions.

I have authored a book (Dec. 2021) that summarizes the whole field of stellar magnetic activity. It provides an overview of observations, physical explanations, historical context and development, current progress, and possible future directions. It is for advanced undergraduate or graduate students, or scientists who would like an overview of this subject. Click the image below for the publisher’s site; the detailed table of contents can be found here.

For a more detailed technical description of my whole research program, with references, go here. 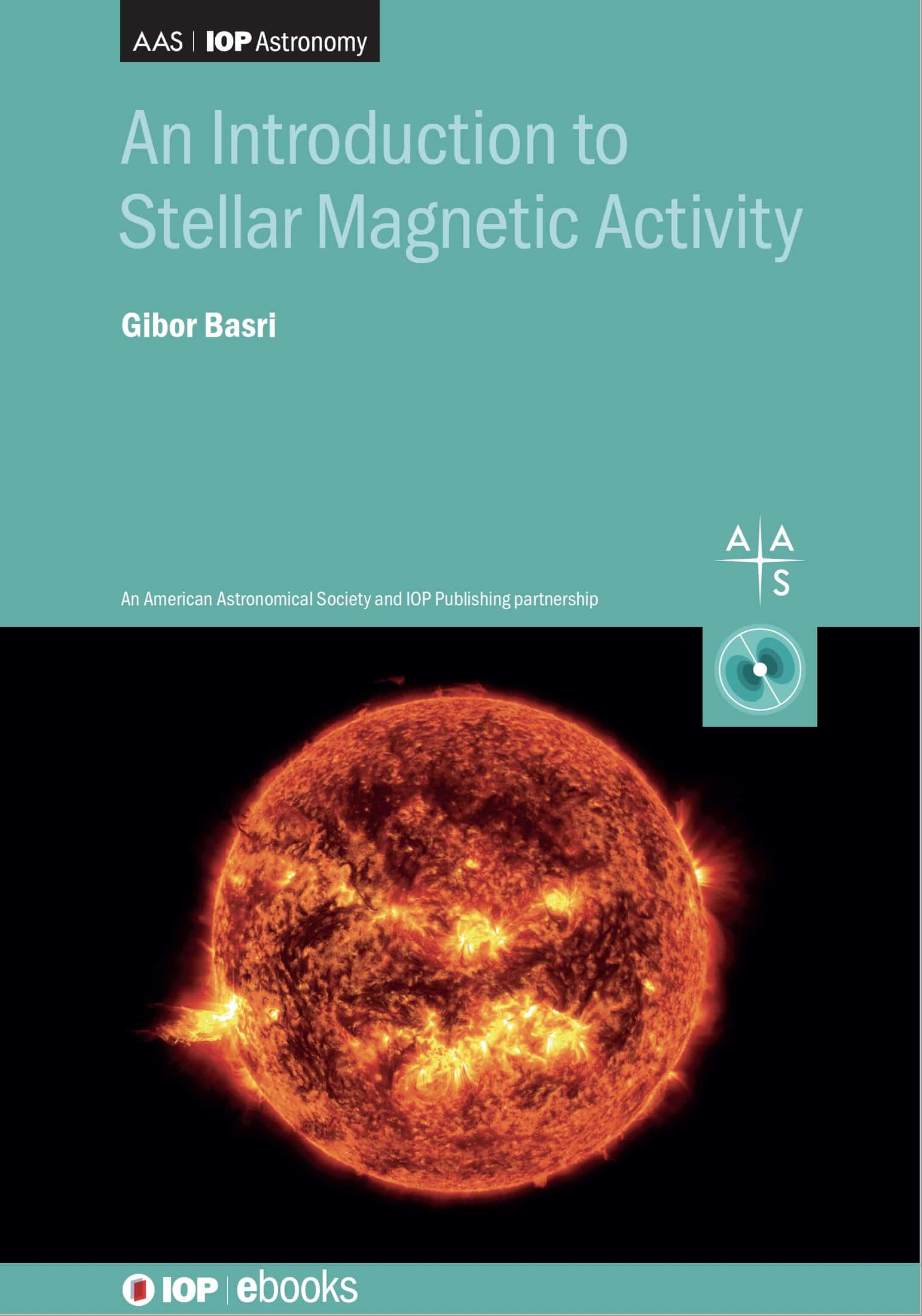 From about 1980-1995 I worked on star formation and protoplanetary disks. At that time astronomers were fairly sure that “T Tauri” stars were young stars in formation, but didn’t know much about them. They looked like they might have strong magnetic activity, or might still be accreting, or both. My work helped show that both ideas are true.

We were the first to clearly identify “spectral veiling” as due to the ultraviolet excess associated with T Tauri stars experiencing ongoing accretion. We developed methods for using these diagnostics to estimate accretion rates and interpret T Tauri spectra and spectral energy distributions. We initially thought that the accretion terminated at a stellar “boundary layer”; it was later shown by Edwards and collaborators that it is funneled down the stellar magnetic field lines onto the star: “magnetospheric accretion”.

We also showed that T Tauri stars indeed have very strong magnetic fields. I developed the first method that proved the stars are covered with kilogauss magnetic fields. This information helped solidify a model by Shu and collaborators called the “X-wind” that explains both the accretion and the narrow fast bipolar jets that are associated with some T Tauri stars as well as predicting a gap between the star and disk that can explain why “hot jupiters” end up where they do.

We found that important emission lines have a narrow component due to the stellar chromosphere and sometimes a broad component due to accretion. This provides another way to assess the accretion status of a newly forming star. We extensively studied the time variability of these lines (which can occur in as short as a few hours), showing that they must come from very near the star and providing evidence that both winds and accretion are taking place in this region. 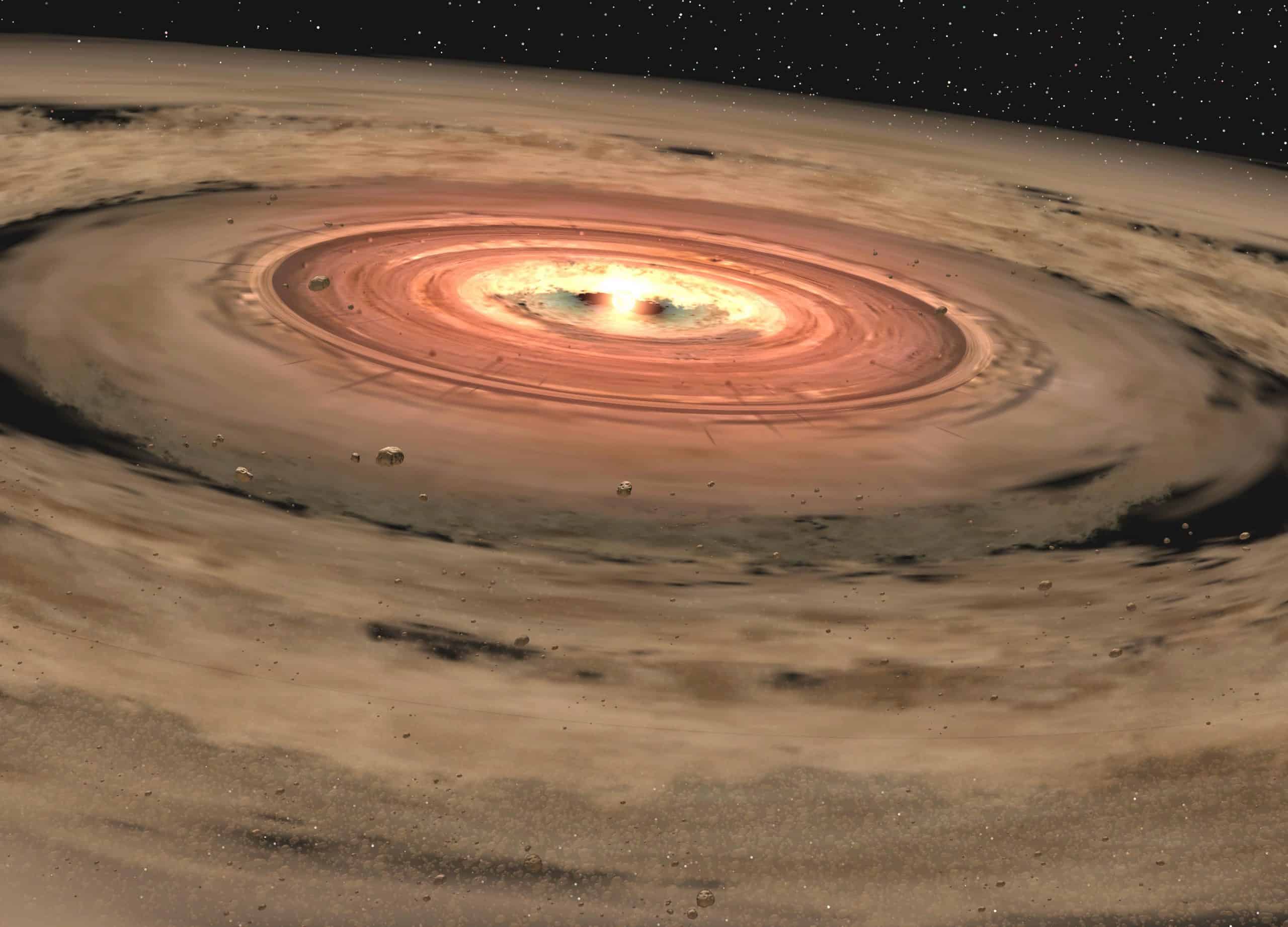 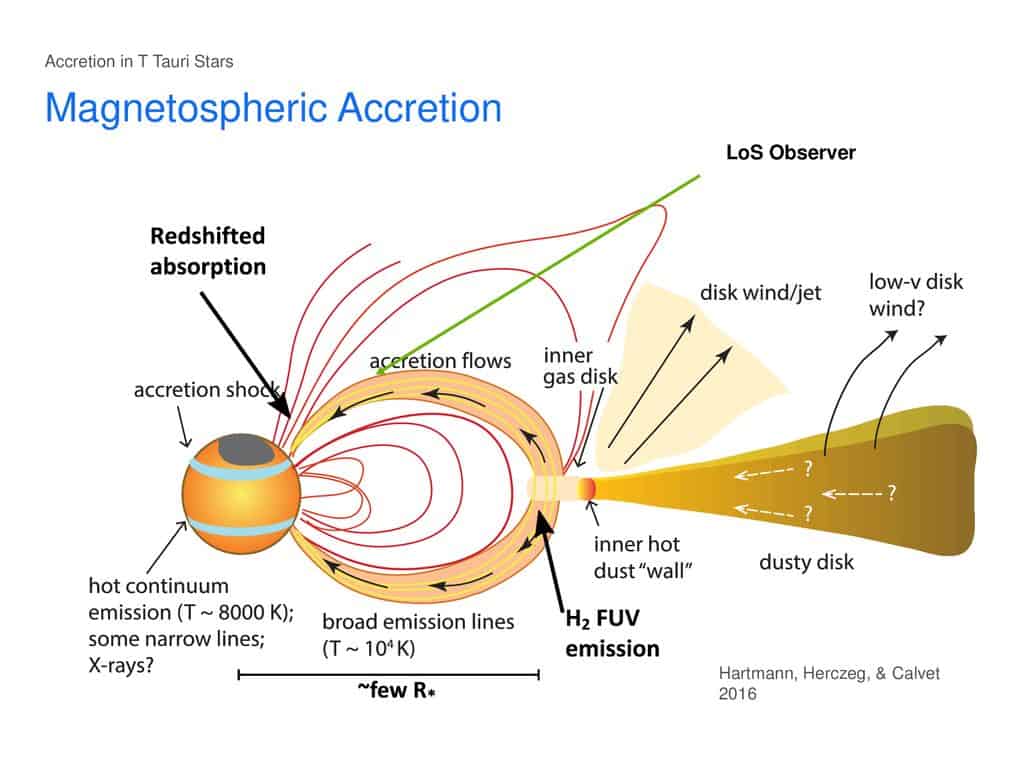 From 1993-2010 I worked on low mass stars and substellar objects. This work was enabled by the advent of the Keck telescopes, which allowed high resolution spectroscopy of fainter objects than previously possible. My work on very low mass objects quickly expanded to include their magnetic fields, rotation histories, and studies of them in star forming regions. This included them as continuations of my previous lines of investigation.

An early discovery was that very low mass stars can be very rapid rotators (down to a few hours) and yet not show the expected high magnetic activity expected with such short periods. This work was continued until we understood the rotational behavior of stars above and below the main sequence and located the mass below which stellar chromospheres are no longer found. We explained this as due to the extremely low ionization in these very cool atmospheres. We later developed a new method for directly measuring magnetic fields on these objects that showed that they have fields even stronger than solar-type stars despite not having an important ingredient of the solar dynamo (the tachocline). These fields sometimes produce emission lines on very low mass objects through an auroral mechanism.

I was also part the initial search for the substellar objects called Brown Dwarfs. The Keck telescope allowed the application of a technique proposed by Rebolo called the “lithium test”. It utilizes the fact that very low mass stars will destroy their lithium as they reach the main sequence, while most brown dwarfs are unable to destroy it due to their lower masses that prevent them from attaining steady hydrogen fusion. Because all these objects are well mixed, the absence of lithium will show up in their spectra. At the same age luminosity also depends on mass, so one needs to find a brightness line in young clusters above which lithium is absent and below which it is present. I was the first to find the absence of lithium in an object (in the Pleiades, identified by Stauffer) that meant it was a brown dwarf, and the first to make an announcement of the discovery of brown dwarfs that was not later retracted. The confirmed object was fainter than expected, and this led me to the development of a new method of determining the ages of young clusters called “lithium dating”. It revised their ages upwards by more than 50% which has now become standard.

We also studied the very young versions of these objects and developed new accretion diagnostics for them. This helped establish a general mass-dependence of accretion during formation for both stars and brown dwarfs. That and other phenomenology strongly suggests brown dwarfs form in essentially the same way as stars (which was uncertain at first). Objects in star-forming regions that were near the boundary where they might no longer be able to fuse even deuterium at all began to be discovered. As part of this work (and in the era of Pluto’s demotion from “planethood”) I became involved in the question of “what is a planet?” and co-authored a review article that still clarifies the terms of this debate. 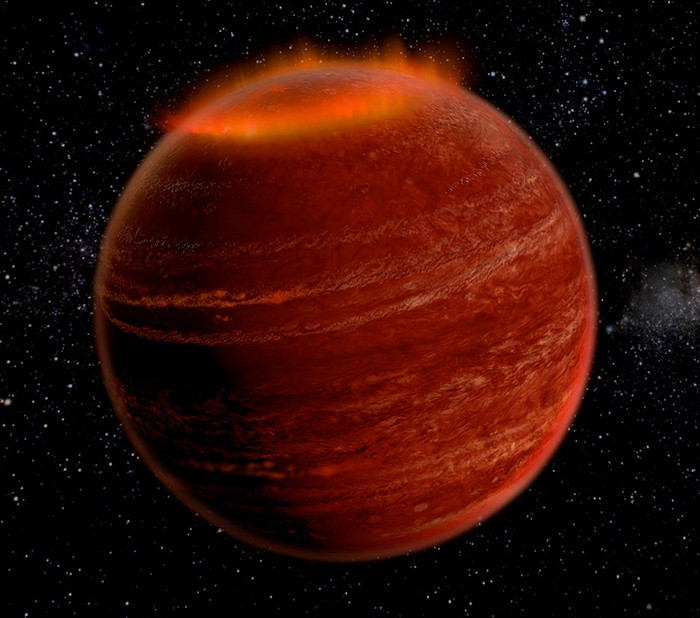 I have been an author on more than 200 technical publications, including numerous review articles. There are more than 25000 citations to this corpus (h-index greater than 75). Click here (as a pdf) for the complete publication list. Here is my professional CV (as a pdf). Here is a list of the 25 top-cited papers I have had a substantial involvement in. And here is the list of my 25 top-cited papers (regardless of number of authors).

Can We Bomb the Sun? Offworld, Episode 3: Sunshine

This is a 17 minute segement of an interview from a video blog by Ariel Waldman. I am fond of teaching “The Science in Science Fiction” from the perspective of how accurate or plausible it is. We had a lot of fun with this review of the movie “Sunshine”.

This is a rather different project I was recently asked to participate in to honor a black poet who felt that African-Americans should be celebrated for achievements in areas of general interest (like science) along with their unique cultural contributions. It is an extemporaneous riff on one of his poems (abridged below) ; 7 minutes. 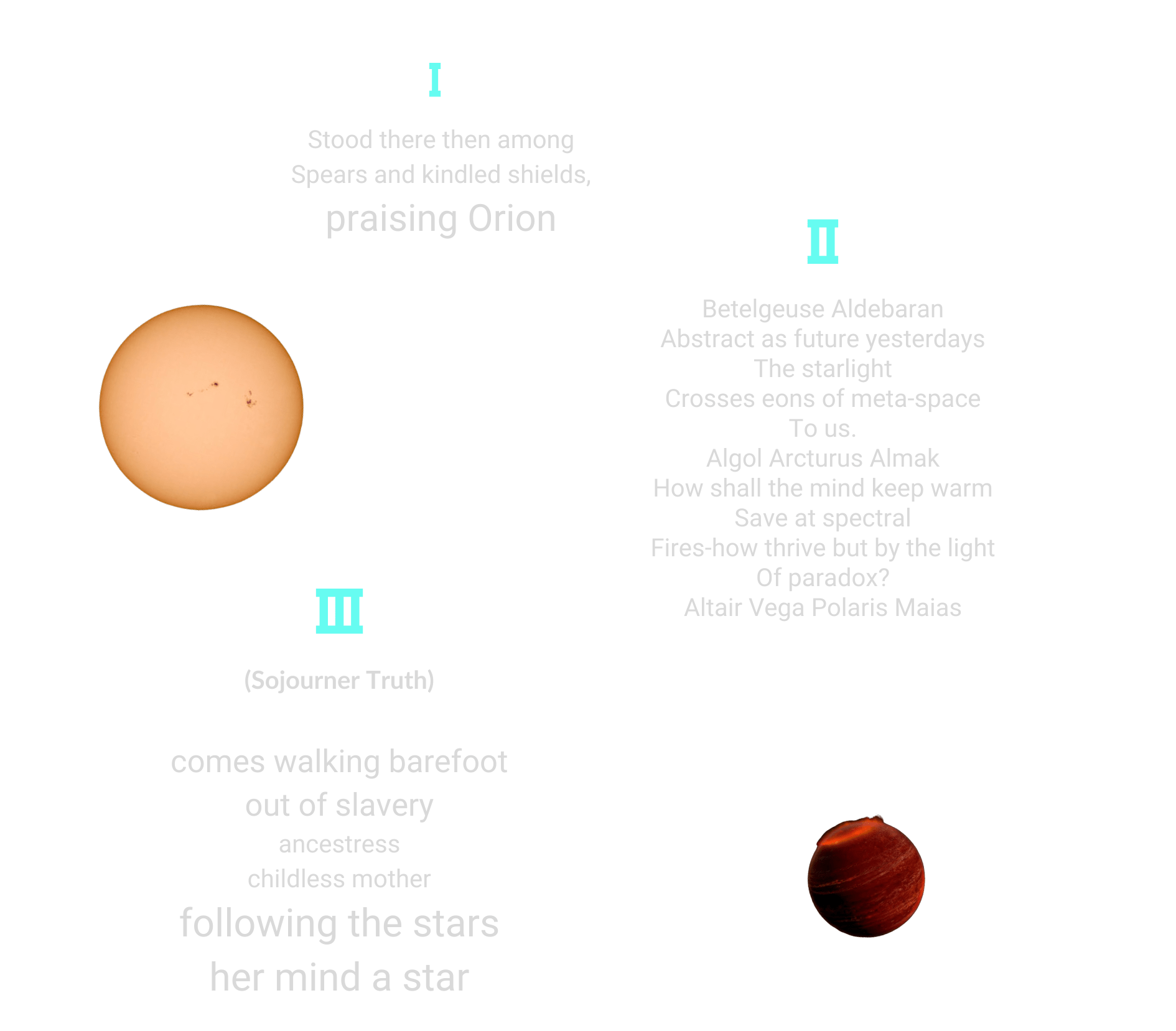 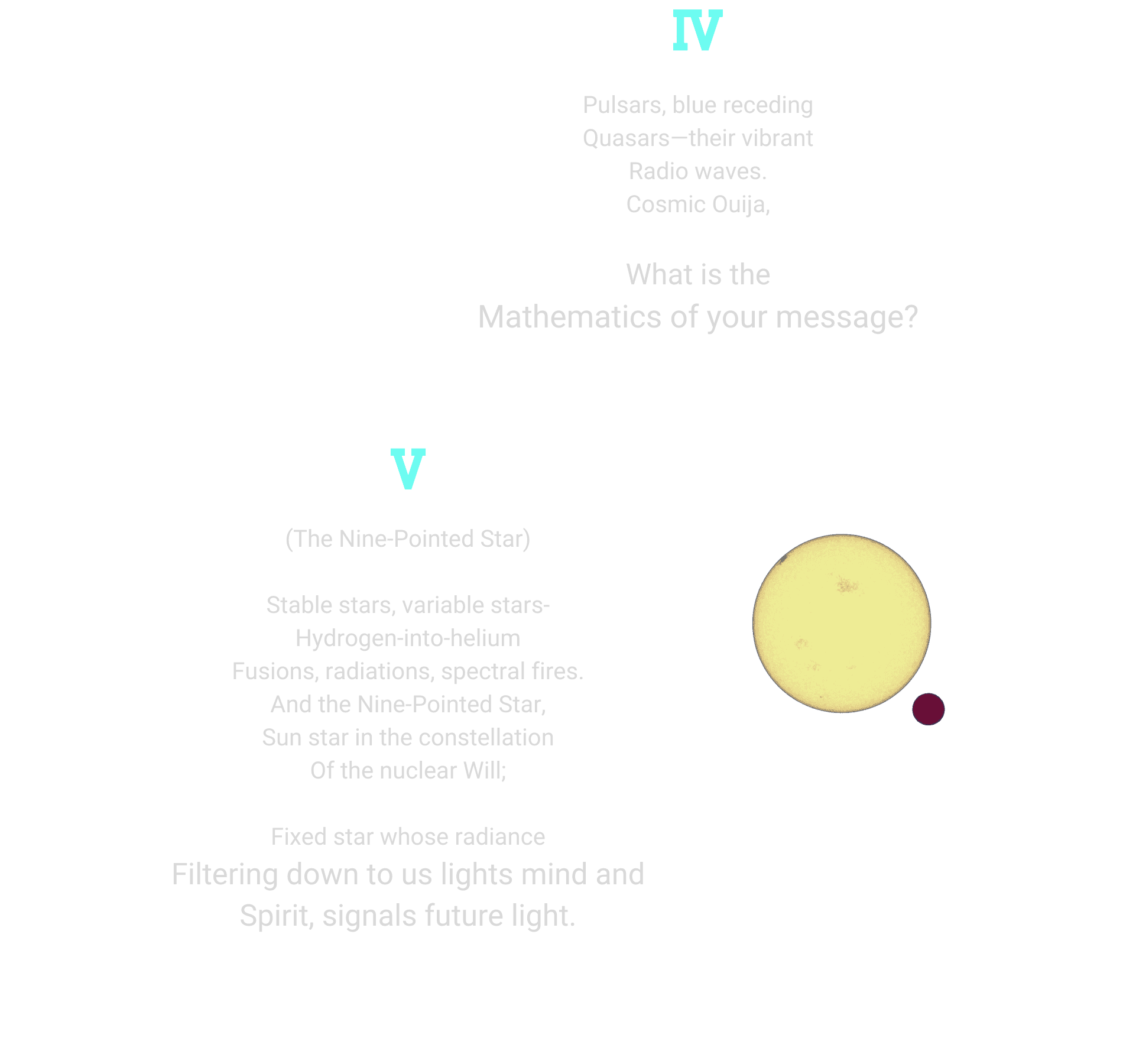